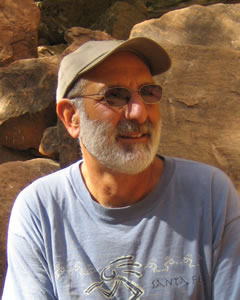 Paul Glusman is a lawyer who has decades of experience in employment law. He has tried numerous cases, taken cases to arbitration, negotiated cases, mediated cases, and directly settled cases with employers. He has handled all aspects of trial work, including pre-trial work such as discovery and motions, trials themselves, and appeals for many years.

Paul Glusman served for three years on the Executive Committee of the State Bar of California's Section on Employment Law. He has served as a small claims court judge and an arbitrator for the superior courts of the Bay Area. He is a member of numerous legal organizations.

He has presented topics at seminars to other lawyers on various aspects of legal procedure and substantive law, including such topics as insurance law, mediation, summary judgment, discovery, and free speech in the workplace.

Mr. Glusman enjoys practicing law. He vigorously and aggressively represents his clients. He believes that most cases will settle and not go to trial, but that only be preparing each case as if it is going to trial and being ready to go to trial can he get the best settlement for his client.

Topic of the Week

National Breastfeeding Month and Your Rights at Work

Blog of the Week

The New ‘Lavender Scare’ Is an Attack on the Working Class

A new wave of attacks on queer and trans rights is here. The Working People podcast asks veteran LGBTQ+ labor organizers how workers can fight back.

Thought for the Week

"We’re talking about basic protections like ensuring pregnant women have a stool or a water bottle so they can stay on the job, or that all nursing moms have the time and space they need to pump. We’ve been fighting for years to get these bills across the finish line. …With reproductive rights under attack — and with a formula crisis still putting stress on parents’ shoulders — the very last thing anyone should have to worry about is losing their job because they’re pregnant or nursing."

Breastfeeding discrimination takes many forms, including:

We offer a wealth of free workplace-related information in our Employee Rights and Information Center. Select a topic to continue: